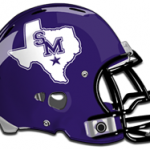 The Varsity Rattlers Football team opened district play with a 27-24 loss to Seguin Friday night, moving their season record to 1-2. Offensively, the Rattlers were led by QB David Hamilton and RBs Chris Cain and Brandon Chapman. The Rattler Defense was led by CB Zach Pinales and LB Cory Mathis. Next Friday the Rattlers

The Rattler JV Football team earned it’s first victory of the year on Thursday night, defeating the Seguin Matadors by a score of 25-0. Defensively the Rattlers were led by DL Francisco Martinez and Dreyon Richardson, LB Albian Leyva, and CB Angel Espinoza. The San Marcos offense was led by QB Cross Cuevas and RB

Miller 7th grade played Dahlstrom last night in Kyle. Diego Cruz opened up the game with a spectacular kick off return for a touchdown. Miller rallied in the second half to cut the lead to 11 points, but fell short as time expired in the game. Thank you to all who made the trip to

Miller welcomed Dahlstrom to San Marcos last night. Dahlstrom won a hard fought battle in the rain with a 7-6 score. Miller jumped ahead with a TD by Trey Roberson in the first quarter, but failed to convert on the extra point try. In the third quarter Dahlstom scored and converted the deciding point. The

The Goodnight 7th grade football team shot out of the gates last night against the AJB Toros. The “B” team won 61-0 and the “A” team won 40-6. After a few weeks of practice the boys made their debut in Rattler Nation. Both teams played aggressive and fought hard. The kids played through the rain

In their first game of the 2014 season the Goodnight Rattlers traveled to Seguin to take on the AJB Toros. The muddy conditions made for an interesting first game experience. After a one hour rain delay the Rattles exploded for two early touchdowns and a safety. Limited in the passing game due to the conditions, 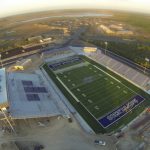 On tuesday, a rattler nation fan named Russell Wilde did a flyover after our new turf was installed.

No Events This Week

Events are added by athletic staff.
View All Events